The World Health Organization (WHO) is recommending widespread use of the RTS,S malaria vaccine among children in regions with moderate to high P. falciparum malaria transmission, particularly in sub-Saharan Africa where more than 260,000 children die from the disease every year.

RTS,S, the world’s first malaria vaccine, is being hailed as historic and a major scientific breakthrough.

The recommendation is based on results from an ongoing pilot programme in Ghana, Kenya and Malawi that has reached more than 800,000 children since 2019.

Speaking to the press, Dr Tedros Adhanom Ghebreyesus, WHO Director-General, said: “As some of you may know, I started my career as a malaria researcher, and I longed for the day that we would have an effective vaccine against this ancient and terrible disease. Today is that day; an historic day!”

“Using this vaccine in addition to existing tools to prevent malaria could save tens of thousands of young lives each year.

“We have made incredible progress in the fight against malaria in the past two decades. Since 2000, malaria deaths have fallen by more than half, and we have succeeded in eliminating malaria from many parts of the world. “But globally, progress has stalled at an unacceptably high level, with more than 200 million cases and 400,000 deaths every year. Two-thirds of those deaths are children under five in Africa,” Dr Tedros said.

Based on the advice of two WHO global advisory bodies, one for immunization and the other for malaria, the Organization recommends that in the context of comprehensive malaria control the RTS,S malaria vaccine be used for the prevention of P. falciparum malaria in children living in regions with moderate to high transmission as defined by WHO. The RTS,S malaria vaccine should be provided in a schedule of 4 doses in children from 5 months of age for the reduction of malaria disease and burden.

The RTS,S vaccine – also known by its brand name, Mosquirix – has been in development since 1987, at a cost of more than US$750 million. This was funded mainly by the Bill & Melinda Gates Foundation in Seattle, Washington, and the London-based pharmaceutical firm GlaxoSmithKline (GSK). Although clinical trials concluded in 2015, the WHO then recommended pilot studies to determine the feasibility and safety of this multi-dose vaccine outside a clinical trial.

Gavi, the Vaccine Alliance, a health partnership based in Geneva, Switzerland, helped to fund the pilot programmes, which have distributed 2.3 million vaccine doses across Ghana, Kenya and Malawi. It reports that in these studies, hospitalizations from severe malaria decreased by about 30%. These results gave the WHO the confidence to recommend that four doses of the vaccine be given to children living in regions with moderate to high levels of malaria transmission. 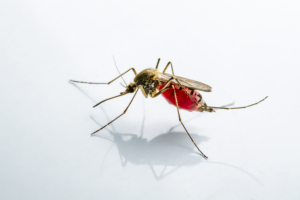 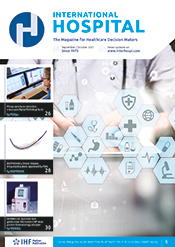