A team of researchers from the NYU Abu Dhabi (NYUAD) Advanced Microfluidics and Microdevices Laboratory (AMMLab) have developed a simple, yet effective approach for on-demand tactile sensing in minimally-invasive surgery, overcoming a key limitation – the inability of surgeons to “feel” tissues during an operation. The researchers successfully tested the efficacy of their new tool, which uses off-the-shelf sensors integrated into a laparoscopic grasper, with the assistance of surgeons from Cleveland Clinic Abu Dhabi (CCAD).

Minimally-invasive surgery (MIS), also known as “keyhole surgery,” has many advantages. Using specialized surgical instruments with thin, long tube-like shafts associated with endoscopes and surgical graspers, needles, and shears, MIS allows visualization and surgical access to target organs through small incisions. It requires shorter recovery times than “open surgery” and often involves less pain and scarring. Nonetheless, it offers surgeons a limited field of vision and no ability to “feel” relative differences and stiffness of tissues during operation. Therefore, MIS operations are associated with the “lost sense of touch” dilemma for surgeons.

The basic idea of this work is very simple, and we teach the concept of Hooke’s law to our students early on, in fundamental solid mechanics. Yet, this work shows how basic engineering concepts can be powerful in translational engineering in medicine. — NYUAD Associate Professor of Mechanical Engineering and Bioengineering Mohammad Qasaimeh 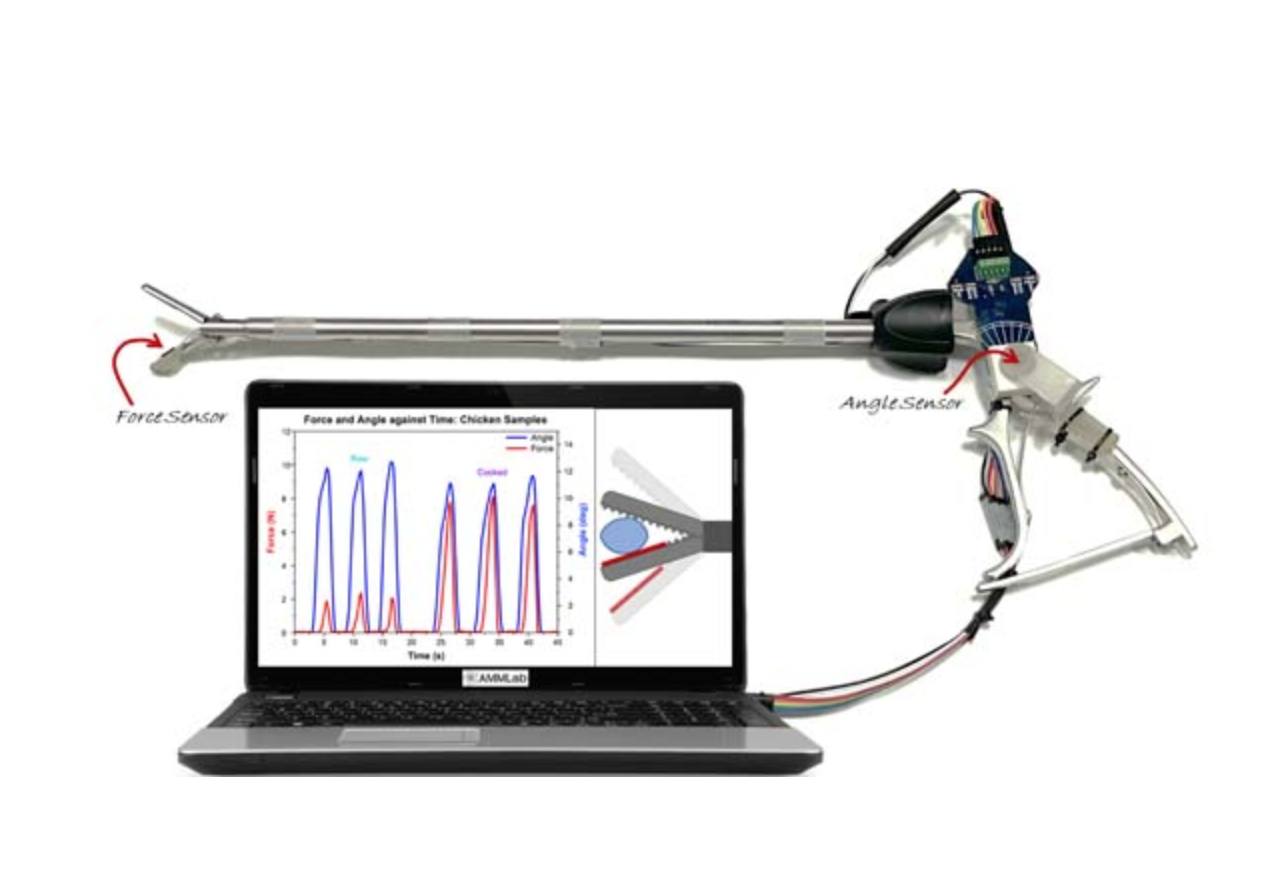 In a new study titled ‘Stiffness Assessment and Lump Detection in Minimally Invasive Surgery Using In-House Developed Smart Laparoscopic Forceps’ in the IEEE Journal of Translational Engineering in Health and Medicine [1], the researchers, led by NYUAD Associate Professor of Mechanical Engineering and Bioengineering Mohammad Qasaimeh, describe how they incorporated a system of commercially available sensors into common laparoscopic instruments to develop their Smart Laparoscopic Forceps (SLF), a system that measures in real-time the grasping force and angle of the grasped tissue using a force sensor on the grasping jaw and an angle sensor at the handle. The data is analyzed using a microcontroller, and the grasping feedback is displayed on a monitor. Based on the deformation parameters captured by the two sensors, this smart tool gives the surgeon a relative stiffness index of the tissue on top of the applied force magnitude to help with decision-making throughout the surgery. Using this approach, conventional surgical tools can be made smart with tactile feedback features, on-demand, and in plug-and-play configuration.

The prototype was tested in the lab with the help of MIS CCAD surgeons using different soft and hard tissues, including home-fabricated samples with known stiffness, raw and cooked chicken meat samples, as well as sheep samples from digestive organs including stomach and bowel. Results showed that the developed tool significantly helped them in accurately sorting the different samples based on their stiffness. Further, the developed tool was able to identify hidden embedded lumps within these samples, demonstrating the capability to offer surgeons tactile feedback information including grasping forces, organ stiffness, and the presence of embedded lumps.

“During open surgeries, surgeons use their fingers to interact with internal tissues and organs, giving them tactile information that informs real-time surgical decisions,” said Wael Othman, a PhD candidate in Mechanical Engineering and the first author of the study. “But open surgeries come with costs, including the need for major incisions and potential serious consequences, including pain, risk of infection and lengthy recovery times. Our approach is exciting because it gives surgeons similar tactile information that, until now, has been missing during minimally-invasive surgeries.”

Qasaimeh commented: “While the current prototype serves as a proof of concept, our future work will focus on developing even more precise ability to mechanically discern subtle differences in tissue stiffness and texture,
and in collaboration with our colleagues from the CCAD, we plan to perform experiments with samples that represent better human organs.” 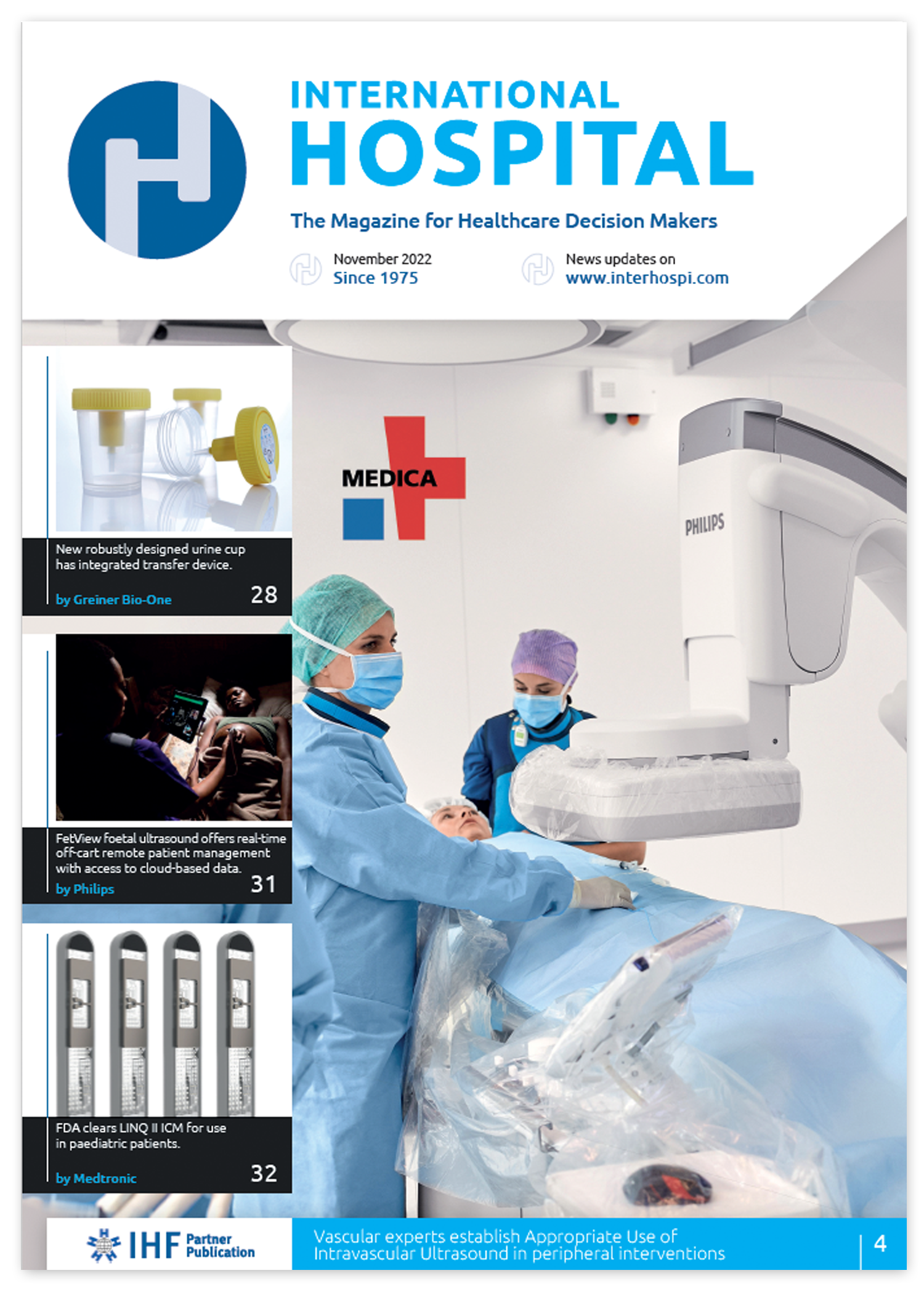