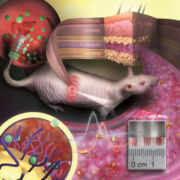 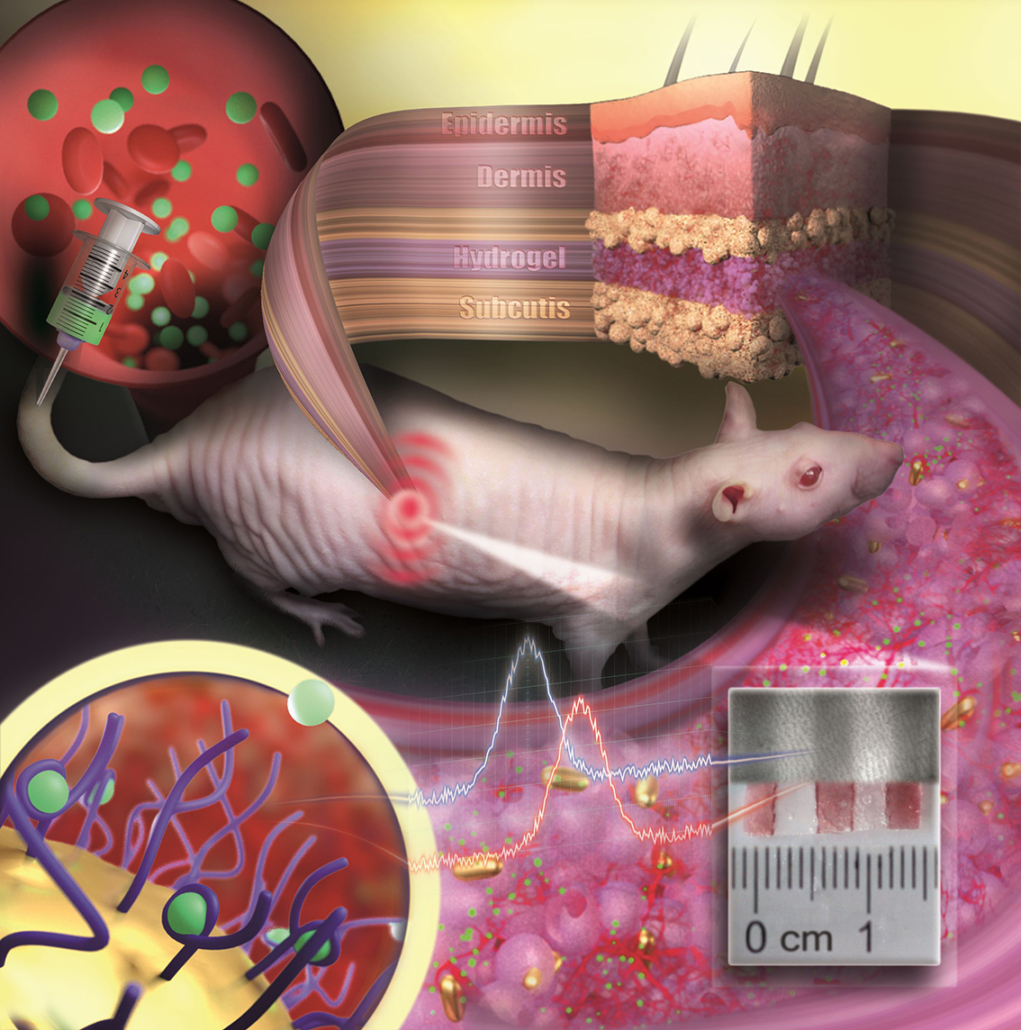 Gold nanoparticles embedded in a porous hydrogel can be implanted under the skin and used as medical sensors. The sensor is like an invisible tattoo revealing concentration changes of substances in the blood by colour change.
— © Nanobiotechnology Group, JGU Department of Chemistry

Scientists at Johannes Gutenberg University Mainz (JGU) have developed a novel type of implantable sensor which can be operated in the body for several months to detect concentrations of substances or drugs in the body. Until now implantable sensors have not been suitable to remain in the body permanently but had to be replaced after a few days or weeks.

On the one hand, there is the problem of implant rejection. On the other hand, the sensor’s colour which indicates concentration changes has been unstable and faded over time.

The newly developed sensor is based on colour-stable gold nanoparticles that are modified with receptors for specific molecules. Embedded into an artificial polymeric tissue, the nanogold is implanted under the skin where it reports changes in drug concentrations by changing its colour.

Professor Carsten Sönnichsen’s research group at JGU has been using gold nanoparticles as sensors to detect tiny amounts of proteins in microscopic flow cells for many years. Gold nanoparticles act as small antennas for light: They strongly absorb and scatter it and, therefore, appear colourful. They react to alterations in their surrounding by changing colour. Prof. Sönnichsen’s team has exploited this concept for implanted medical sensing.

To prevent the tiny particles from swimming away or being degraded by immune cells, they are embedded in a porous hydrogel with a tissue-like consistency. Once implanted under the skin, small blood vessels and cells grow into the pores. The sensor is integrated in the tissue and is not rejected as a foreign body.

“Our sensor is like an invisible tattoo, not much bigger than a penny and thinner than one millimetre,” said Prof Sönnichsen, head of the Nanobiotechnology Group at JGU. Since the gold nanoparticles are infrared, they are not visible to the eye. However, a special measurement device can detect their colour noninvasively through the skin.

In their study published in Nano Letters, the JGU researchers implanted their gold nanoparticle sensors under the skin of hairless rats. Colour changes in these sensors were monitored following the administration of various doses of an antibiotic. The drug molecules are transported to the sensor via the bloodstream. By binding to specific receptors on the surface of the gold nanoparticles, they induce colour change that is dependent on drug concentration. Thanks to the colour-stable gold nanoparticles and the tissue-integrating hydrogel, the sensor was found to remain mechanically and optically stable over several months.

“We are used to coloured objects bleaching over time. Gold nanoparticles, however, do not bleach but keep their colour permanently. As they can be easily coated with various different receptors, they are an ideal platform for implantable sensors,” explained Dr Katharina Kaefer, first author of the study.

The novel concept is generalizable and has the potential to extend the lifetime of implantable sensors. In future, gold nanoparticle-based implantable sensors could be used to observe concentrations of different biomarkers or drugs in the body simultaneously. Such sensors could find application in drug development, medical research, or personalized medicine, such as the management of chronic diseases. 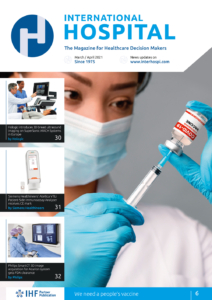